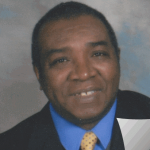 -25 Vs A-10: here’s why the Frogfoot might be better suited than the Warthog for CAS

Su-25 Vs A-10: here’s why the Frogfoot might be better suited than the Warthog for CAS

The Sukhoi Su-25 (NATO reporting name: Frogfoot) was Russia’s answer to the US A-10 Warthog.

The Su-25 was the Soviet Air Force’s first mass-produced jet purposely designed for the close air support (CAS) role and was a simple, effective and durable attack aircraft that, by 2021, had seen combat in no fewer than 40 conflicts. The Frogfoot is known as the most cost-effective ground attack aircraft available to the Russian Air and Space Force (RuASF).

‘“Can the A-10 match the Su-25?” – this is more correct question, as for me,’ Stepan Shabanov, an expert in Russian aviation, says on Quora.

‘This term means not only “short distance of engagement”, it also means “short reaction time”. Really, when you are taking heavy fire you want your close air support ASAP. The Su-25 has few advantages in this case: it has 34% higher cruise speed, it can use any fuel available (like diesel), it can take off from literally any surface:

‘This means the Su-25 can be located closer to frontline and it can reach it much faster. This is real “close air support”.

‘Yes, the A-10 has significantly bigger range and fly time. It also can be refueled in flight. But when you are bombing Middle Age army down to the Stone age this is not really important. Things does change in the real conflict: bringing tankers to the front line is a suicide, patrolling the front line is making you easy to detect and easy to intercept (especially with 560km/h cruise speed). Also, advantage in speed and closeness to frontline allow the Su-25 to make more sorties in the same period of time. More sorties = more bombs dropped on the heads of evil guys.

‘The most successful department of GAU-8 developer is a marketing department. Everybody likes this gun, that photo with WW Beetle is really cool.’

‘But what we have as facts?

‘GAU-8 is overengineered, expensive and heavy gun than did not reach the goal it designed for. In Iraq A-10s destroyed most of their targets by the Mavericks. In average were spent about 124 GAU-8 shells per flight but the A-10 was carrying an astonishing 1200+ shells. It also carries used empty shells as a dead weight.

‘The A-10 was built around the GAU-8 but suddenly it appears, that it’s not that useful weapon.

‘List of weaponry is roughly equal, but the A-10 can carry twice the payload then the Su-25. It’s a significant advantage, but if you count hardpoints and pieces of equipment on board there is much less difference.

‘It is obviously that the planes were designed for different doctrines and direct comparison is kind of wrong, but for me the Su-25 is superior and better suited for the CAS role.’